At least 33,000 hospitalizations have been prevented in people aged 65 and older in England as a result of the Covid-19 vaccination program, a study has shown.

the new analysis from Public Health also revealed in England that 11,700 deaths among those aged 60 and over were prevented.

The Royal College of Nursing says the research is “additional evidence” that the Covid-19 jab works and honors nurses who “lead” the vaccination program.

The study also adds weight to the evidence that the vaccine is “very effective” in preventing surgeries, especially in the elderly, according to PHE.

It says there is also now “clear and increasing” evidence that vaccines have helped reduce transmission, meaning it is likely that even a greater number of deaths and hospitalizations will be prevented by the vaccination program.

He stressed that it is “important” people get the vaccine as soon as they qualify to “make sure as many people as possible are protected from this disease”.

“Reducing the number of people needing hospital treatment because of Covid-19 will help the NHS on the road to recovery from the pandemic,” Ms Donovan said.

PHE’s chief vaccination chief, Dr Mary Ramsay, added: “The vaccine has already saved many lives and we can see the huge impact it has on preventing people from getting seriously ill and therefore also protecting our hospitals.”

Meanwhile, the minister for the dissemination of the Covid-19 vaccine, Nadhim Zahawi, said it was “good to see the incredible impact” of the country’s program. 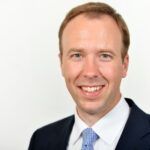 “Tens of thousands of parents, children, siblings, friends and loved ones have been saved – and millions more have yet to feel the impact of the horrific loss as well,” he said.

“This is further proof that getting vaccinated is the most important thing you will be asked to do in your life – if the jab is offered, don’t hesitate to ensure this protection for yourself and others.”

Data showed PHE was a consequence of people with the first dose of the vaccine, while separate analysis showed that protection against hospitalization and death from Covid-19 was “further increased” after the second dose.