“I want to explain that the purpose of our work is to help Guatemalans find hope at home. At the same time I want to make it clear to people in this region who are thinking about making the risk of crossing the United States Mexico border: Don’t go, don’t go, ”He said.

However, this is in stark contrast to the ‘stand in solidarity’ of those who have illegally entered the US.

So Kamala is racist now, or nah? https://t.co/UzAp8mwMeA

Kamala Harris’s overwhelming ego and disturbing lack of self-identification over the weekend.

For starters, while heading to Guatemala he walked to the back of Air Force 2 on D-Day and handed out cookies to himself give a different pearl necklace and frozen face, provoking condemnation and ridicule from Twitter users in many places.

@vp made an OTR visit to the back of the plane and delivered cookies decorated in the shape of his appearance as well as AF2. pic.twitter.com/TQrUR47Vgc

As a former Military Aide during the Clinton administration, I never imagined this level of narcissism. And, all in YOUR American tax dollars!

Democrats, though, you can’t be cool with this.@KamalaHarris

Good D-Day optics. The men died for taxpayers frosted cookies to give to the press. The Creators are proud of our Republic.

Then, to seize Guatemala to meet with foreign leaders about what can be done to prevent the influx of illegal immigrants into the United States, the Vice President was greeted by protesters brought signs.

“Trump Won”, “Stop Funding Criminals”, and “Kamala Go Home” are among them, according to Floridian Press.

“Not trade USAID, Work not charity ” read another sign, which continues: “We reject your $ 860 million dollar bribe to our corrupt politicians !!! There is no BLM Marxism in Guatemala!”

MY RESPECT FOR HIS OFFICIAL AND DEPUTY VETERANO DE COMBATE GUATEMALTECO !!! THEY REPRESENT ME !!! kamala harris we don’t want you in Guatemala !!! PANALANGI !!! NO MORE MONEY FOR CRIMINALS AND NGOS !!! #KamalaGoHome !!! #WeDontWantYourMoney !!! #KamalaSTOPfundingCriminals !!! pic.twitter.com/35IptKLv0v 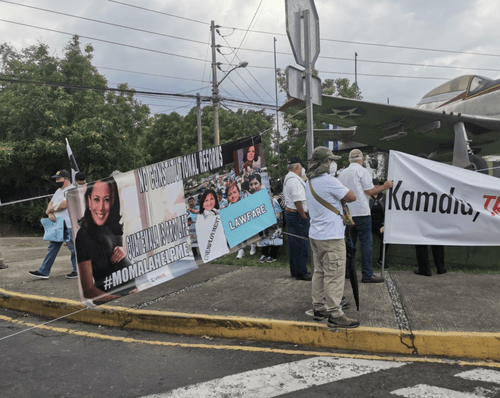 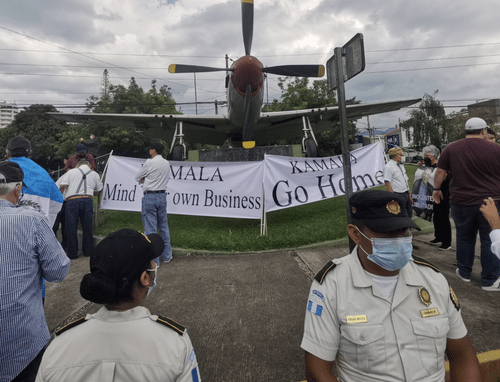 Now, Harris is due to meet with Guatemalan President Alejandro Giammattei, saying that the Biden administration’s slow stance on illegal immigration has strengthened the people who trade known as “coyotes,” bringing thousands of children to the United States across the southern border.

“We’re not on the same side of the coin. Obviously,” Giammattei said in their previous calls to Zoom, though added that “” we agree on “what” in the immigration crisis, “that’s what. We have no agreement on ‘how.’”

We can only imagine what ‘border czar’ Kamala is planning…